A few weekends ago, I had the pleasure of being the Master of Ceremonies and a judge for a robot competition held at Artisan’s Asylum.

It was fantastic; there were about twenty different robots, with names like “Death Metal”, “Satan’s Segway”, “Stance Stance Revolution”,”Petit Gateau”, and “AMBI Sinister.”

No quarter was taken in the “Cochran Combat Corral” (named for a generous donor from many miles away!); it was a like watching Mad Max Beyond Thunderdome for robots.

Here is one robot doing a “wheelie” in a victory dance after securing victory:

The ways the robots could win were multifold; destruction of drive trains, ripping out parts; here, one robot ripped the power wires out of the other:

At the end, all remaining robots, in both the 1 lb and 3 lb classes got together and had a rumble.  There was even a small RC controlled helicopter in there, flying about:

Some of the robots were pretty well designed, with a lot being packed into there small spaces: 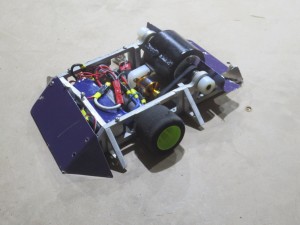 Since the robots had to go through multiple rounds with other robots, there was a “pit area” where robots would undergo quick surgery to get back into the arena: 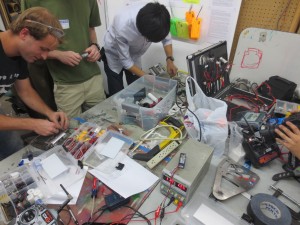 More from “the pits”: 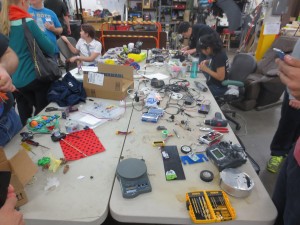 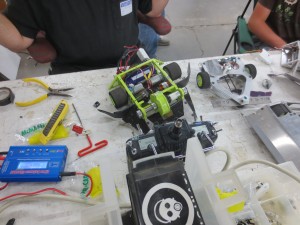 One notable robot (“Stance Stance Revolution”) was partially 3D printed, and paid dearly for this: 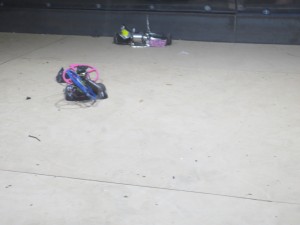 Here, it is shown almost cut in two: 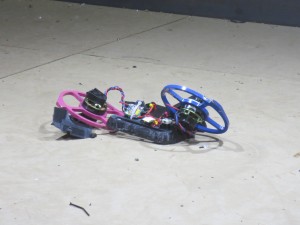 Amazingly enough, it was able to be repaired and put back into the arena, but with only one weapon, instead of two.  The damage to these robots could do to each other was quite impressive; here, one of the robots shows some pretty big gouges in its aluminum frame: 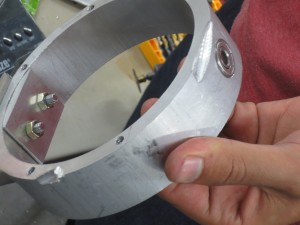 It got so bad inside the Cochran Combat Corral, that we had to get a broom (a zamboni!) and get all the parts that were starting to litter the arena: 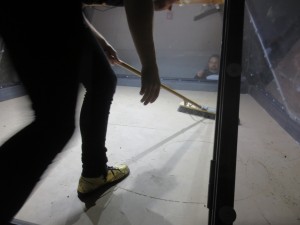 One of the ways to keep in the game was to have a good supply of spare parts: 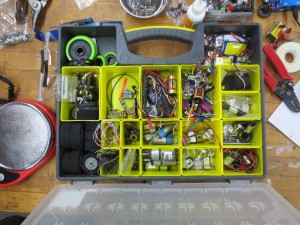 This seemingly lowly robot was one of the winners (from a father-daughter team); well designed, well run, and it never really got touched, nor did it self-destruct (as a few of the more kinetic ones seemed to do). 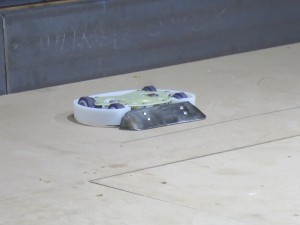 As interesting as this was from an entertainment perspective, this was a great place for people to learn about engineering and how systems have to work together to get results.  Some of the most amazing robots, well polished and all, and as bulletproof as they seemed to be, turned themselves off, and some robots (like the one in the video) were disabled by simply losing their power, or not having spares to be able to go back into the arena.

Cautionary tales for all systems and controls engineers!