A visit to a St. Louis hacker space – Arch Reactor

On a recent business trip to St. Louis, I had a chance to drop by the St. Louis Arch Reactor hackerspace. It was fantastic to meet a few makers/hackers from another part of the country; Gene Jordan, the PR guy from Arch Reactor gave me the ‘nickel tour’.

The place had all the hallmarks of great maker/hacker spaces; a lot of wild, crazy, and fascinating projects, a few comfortable couches, blinky LEDs, some cruft, and a good bunch of folks who liked talking about getting the most out of technology. The Arch Reactor has connections to other cool projects and interesting things going on the St. Louis area, and is a hub of activity.

As mentioned to a few folks in my end of day correspondence, during my trip, it is one thing to see what people are doing via a blog (such as this one!), a website, or a wiki, but another to see things in person. Documentation of every little detail and project are sometimes not the markers of most makers, and a site visit gets you to see stuff that has been freshly minted, and things that are in various states of creation. Serendipity is also in abundance; while getting the tour, and talking to a few denizens of Arch Reactor, a few projects with common hardware were in evidence, and a few email addresses were exchanged.

Some pictures are below. If you are traveling to another city for business or pleasure, it is highly suggested to make a stop at the local maker/hacker space in that city.

The St. Louis Arch Reactor Soldering Station; this was a homebrew project, but it looks great (and of course, makes soldering safer and healthier): 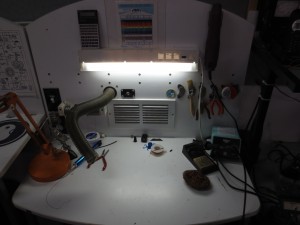 A ubiquitous 2.5/3-D CNC tool, with a Dremel (or equivalent) as the cutting head: 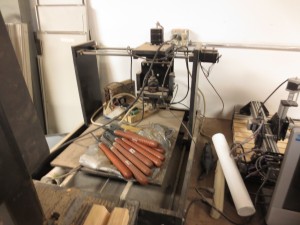 A mobile cart, for when the Arch Reactor folks go on the road and demo things: 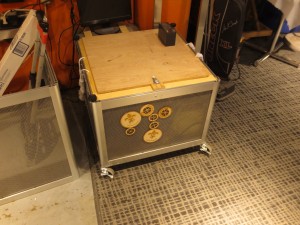 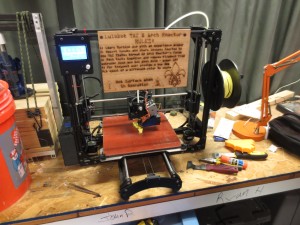 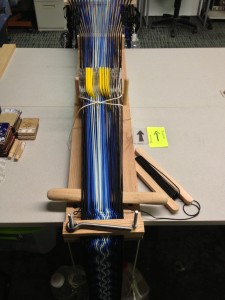 Diane showing off the final result. It has been calculated that this will hold something like 20,000 lbs. Or more. The metal will fail before the paracord. Typical overachieving makers(!): 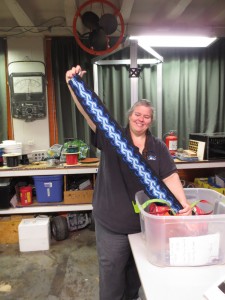 Egg painting – this was amazing; a good writeup of the process on their blog is here. 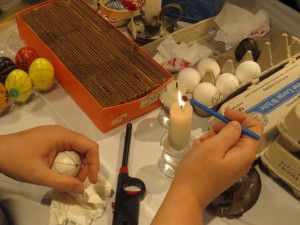 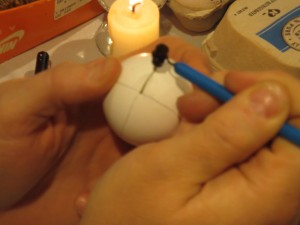 A homebrew telerobot, something like InTouch, but of course, done in the Maker style.

The general layout; in the back, you can see one of Griffin 3D‘s 3D printers. Griffin 3D is based in St. Louis, and Arch Reactor hosts a big 3D Printer Meetup. 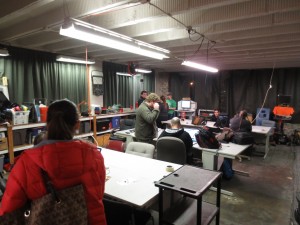 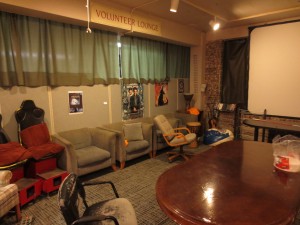 Again, if you are traveling, definitely call/email ahead, and see what else is going on in the maker/hacker world.