A problem with GPS and servomotors from the folks at robosail.org came in today, regarding how to get GPS data and run servomotors at the same time. The technical solution was relatively simple (as most wind up to be). The upshot – you don’t need to use (fancy) things like interrupts when working with things that move (relatively) slowly!

It was great to be exposed to this project; it has a lot going for it. It combines a lot of elements of FIRST, but is quite a bit cheaper, has engineers get outside (!), and probably exposes people to some harder (in some ways) real-world problems that engineers face on a daily basis; unpredictability, the vagaries of weather, and the sometimes harsh elements of wind, rain, salt, sun, temperature variation, and the like, along with the ancient art and science of sailing.

After solving the problem, we spoke a bit about some of the options and control architecture for future model boats, as well as some of the tricks used to keep the documentation on a project together, and code nice and tidy. 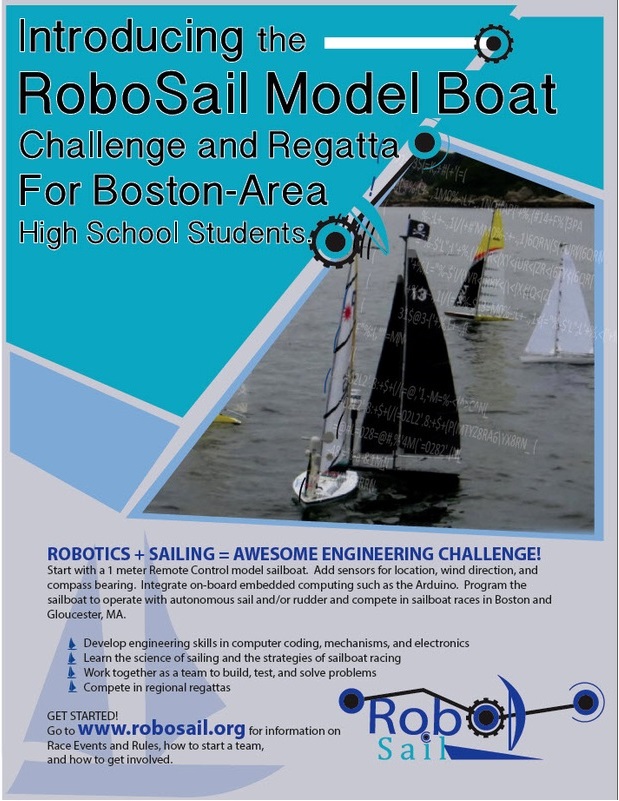 This project seems uber-cool, and I’ll definitely want to put some time into it.